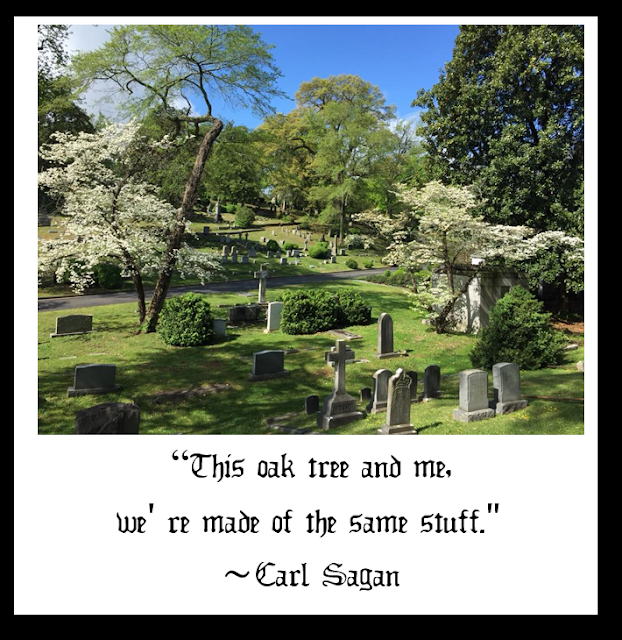 April 27, 2018 was the most perfect Arbor Day! The weather was amazing (finally!) and it was the perfect day to be in the cemetery. 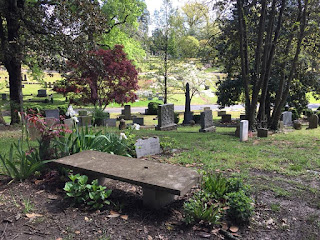 Arborist Mike Van Yahres, who holds a Master’s Degree in Landscape Architecture from the University of Virginia and who has published numerous articles on tree management is the owner of Van Yahres Tree Company from Charlottesville, Virginia. In fact, he is the third generation of Van Yahres in the business. Throughout the morning, Mr. Van Yahres cited his grandfather’s advice as he gave a walking tour of some of Hollywood Cemetery’s most prized trees, including some of the Monarchs, trees that are considered outstanding examples of their species. 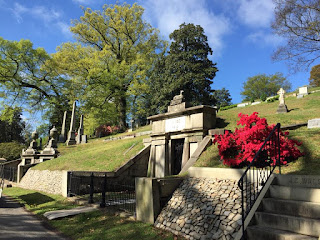 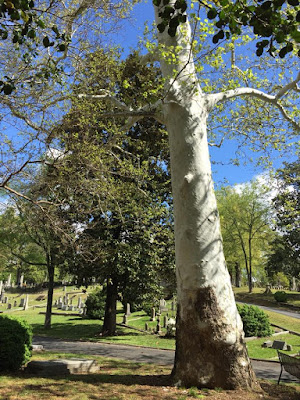 Although many visitors come to see the resting spots of presidents or have an interest in Civil War history, Hollywood contains some of the finest examples of native trees and historic roses in the Commonwealth. There are over 2,000 trees in the cemetery today, of which some predate the cemetery.

Trees are part of what makes Hollywood Cemetery so beautiful, especially this time of year with all the native ornamental trees being in bloom. Mr. Van Yahres is much more interested in Hardwoods, especially the White Oak, which is his favorite tree. Yet, when asked if he had a least favorite tree, he hesitated for a moment and was given suggestions by those on the tour.

I learned about the tallest tree in the cemetery, a 142’ tall Bald Cypress that is in the “lake” area right down the hill from the bricked-in plot of the Harvie family.
I learned that Mr. Van Yahres’ favorite tree, “because of its shape and its size,” is the Black Gum, which is frequently considered Virginia’s most beautiful native tree. This one was included in Remarkable Trees of Virginia (2008). Mr. Van Yahres explained that Black Gums typically have a single stem so this one is atypical. I have to say that I love that his favorite tree is not one that seemingly follows the rules. 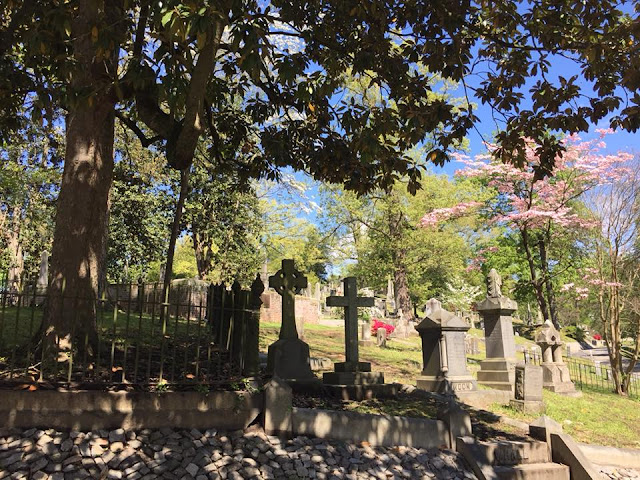 The largest tree in the cemetery is the Tulip Poplar located near the large obelisk for Dr. R.W. “John” Dove, who served as the Grand Secretary of the Grand Lodge of Virginia for over 30 years. It is common for Tulip Poplars to grow to great heights. While children have delighted in finding a secret passage to another world in the open trunk bottom, I always worried about this tree. I was thrilled to learn that it is common for mature Tulip Poplars to be hollow inside. Mr. Van Yahres stated that this tree was structurally sound and he would sleep under it. 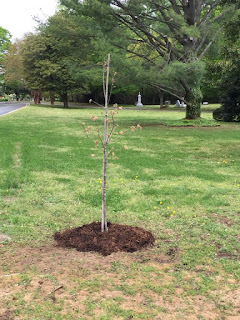 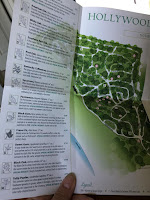 Finally, Mr. Van Yahres discussed the new tree digitization program. To conclude the tour, a White Oak tree was planted in the cemetery.

This was an excellent opportunity to learn more about a place that I adore.

Posted by Goth Gardener at 9:28 AM 3 comments: Links to this post