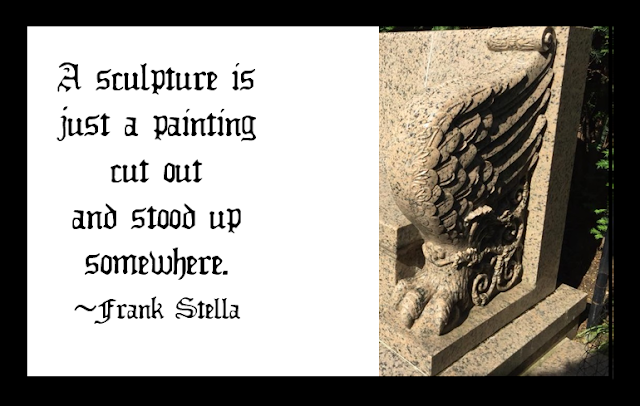 Marian "Clover" Hooper Adams (1843 –1885) was an American socialite, and an accomplished photographer albeit in her short time with the art. 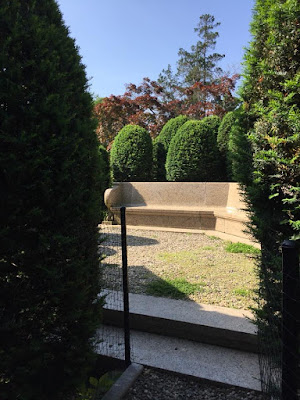 Although married to writer Henry Adams, she has been cited as the inspiration for Henry James's Daisy Miller (1878) and The Portrait of a Lady (1881). She discovered her passion, photography, late in life. By 1883, Clover became one of the earliest portrait photographers doing all of her own developing herself.

On Sunday, December 6, 1885, after breakfast Clover went to her room. When Adams went upstairs to let his wife know that she had a visitor, he found her lying on a rug with an opened vial of potassium cyanide, which she had frequently used in the processing of her photographs, nearby.

Clover’s suicide has been related to a family history of mental depression and suicide among other personal challenges, including her father’s death and even an intimate correspondence between her husband and another woman that lasted for a half decade. After Clover's death, Adams destroyed all the letters that she had ever written to him and rarely spoke of her in public. She was even absent from his work, The Education of Henry Adams. Because of Adams’s actions, which contributed to an atmosphere of suspicion and mystery, and the mere nature of suicide, it is hard to tell what happened.
While Clover was greatly missed by many, few attended her funeral on December 9, 1885. She was interred at Rock Creek Cemetery on December 11, 1885, a delay caused by inclement weather. A modest headstone was used as a temporary marker until Adams commissioned the sculpture that stands there today. 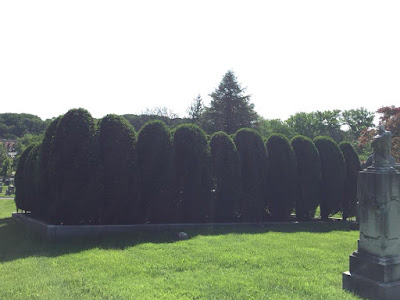 Later, Adams commissioned a bronze sculpture, sometimes referred to as “Grief” by Augustus Saint-Gaudens, to stand at the site of her, and his, grave.  The statue is of someone sitting surrounded by a shroud, facing a marble bench with eagle’s claws. There is no name carved into the statue and holly trees enclose the statue and bench.

There are numerous legends that derive from the feelings produced when gazing at the statue. Some report ghostly images of Clover. Others say that they are overcome by sadness. 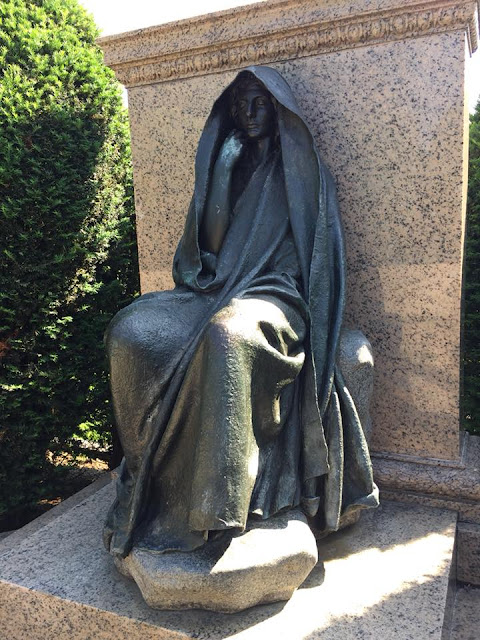 What is haunting is that there is an unauthorized replica of the statue known as “Black Aggie” that was placed at the grave of General Felix Agnus in Druid Ridge Cemetery in Pikesville, Maryland. Installed in 1926, almost immediately urban legends were connected to the replica.

One such urban legend is that if one spent the night on the lap of Black Aggie, he would be haunted by those buried there, or at least a terrible backache.

Another legend tells how the statue would animate at night and Black Aggie’s eyes would turn red. (Druid Ridge Cemetery currently closes at 7pm. That means that one would be trespassing and perhaps seeing the red lights of security or the police.)

As one can imagine with urban legends and outdoor artwork, many were caught breaking into the cemetery at night and rather intentional or only while trying to accept a challenge of sleeping in the statue’s lap, the artwork was vandalized. General Felix Agnus’s family decided to donate the piece to the Smithsonian in 1967 to avoid all the public attention. Interestingly enough, it sat in storage for many years.

The piece was then moved to a courtyard behind the Dolley Madison House where she remains today. You can read more tales of Black Agnus here.
Posted by Goth Gardener at 7:12 PM 1 comment: Links to this post

...a cemetery with dogs and spiritualists... 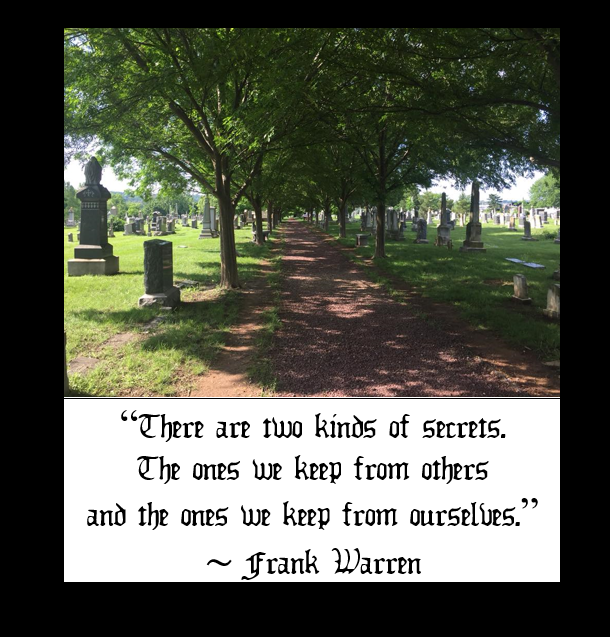 How have I not written on this blog about Congressional Cemetery before now?
Established in 1807, Congressional Cemetery is one of my all-time favorite cemeteries, and not just because it is overrun with dogs. I have to admit that that helps though. It is one of the liveliest and most-energetic places in the district. The people there are social and friendly, as are their K-9 companions. Before you scoff at the idea of dogs in a cemetery, I invite you to read up on how they pretty much saved the place, along with a group of human volunteers. 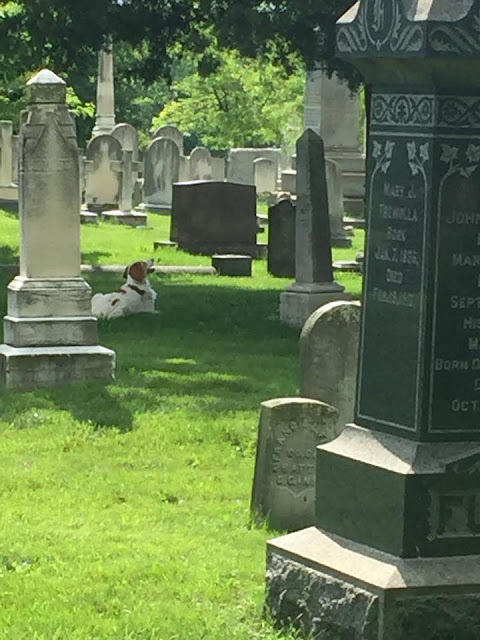 Congressional Cemetery offers several self-guided walking tours including one that focuses on their LGBT section. They also have yoga, 10K events, and a movie night. If I lived nearby, I would be there weekly for sure.

I have been thinking about Spiritualists this week because I am teaching a summer course on cemeteries. One of our visits is to Congressional Cemetery in Washington, D.C.

I cannot imagine that one of you reading this has not had some type of desire to establish contact with the spirit world at some point in your life. It is a natural human desire to believe or even hope that there is more after this.
Spiritualism is just that. It is the belief that communication extends beyond this world and into the next. 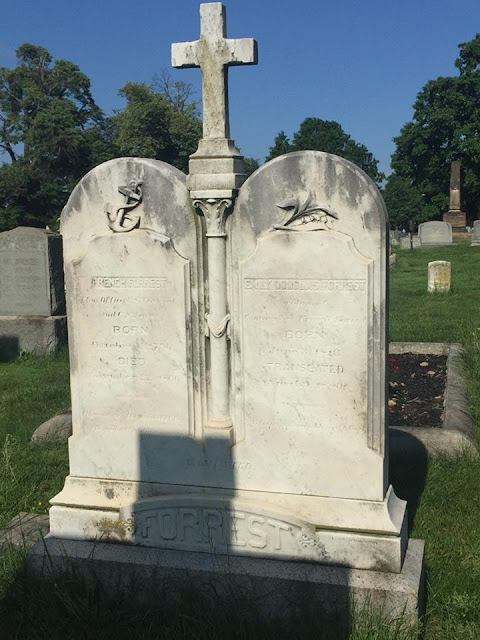 In America, it began in the 1840s. Mark Lause argues, in Free Spirits, “[Spiritualism] grew from the boredom of two youngsters who started entertaining each other…” These girls were the Fox Sisters who, learning of stories that their own house was haunted, popped their toes on the wooden floors to make rapping sounds, which they allowed others to believe were spirits communicating with them. The stories of these communications with the spirit world took on a life of itself. The proximity of those seeking religious reform helped create a perfect storm. 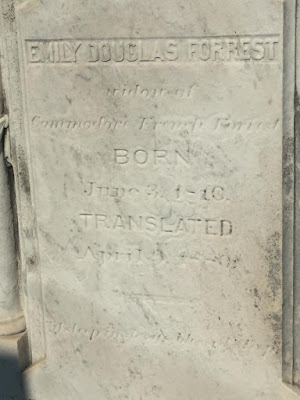 While I am fascinated by this, I am also a skeptic. My seeking is more for fun, certainly not to disprove anything. Yet, I have had my share of weird communication from the other side including a “show” in Eureka Springs in 2016 where Juliana Fey connected with the spirit world enough to give me the chills. You can read all about it if you’re interested (just click on the linked text above).

Another reason that I adore Congressional Cemetery is that they have a book club called Tombs and Toms. They also have a blog, which I follow and where I discovered that Spiritualists are buried within the cemetery. In 2015, they wrote about these individuals; and, their walking tour “Women of Arts and Letters” mentions two Spiritualists who visited the White House to conduct seances. 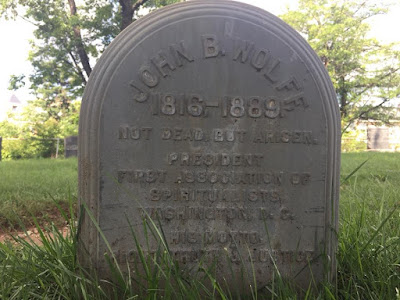 Now when I visit Congressional Cemetery, I visit a few of the Spiritualists who reside there.

It is not just the epitaphs in cemeteries that communicate messages. The graves communicate visual messages about the health of the cemetery. While I was there, volunteers were planting annuals. Clearly someone is tending to those markers in danger of being lost to nature. What a difference a year makes! Below, a blue stone was nearly covered when I saw it last year. This year, it has been unearthed. It's a beautiful marker for Warwick Martin. 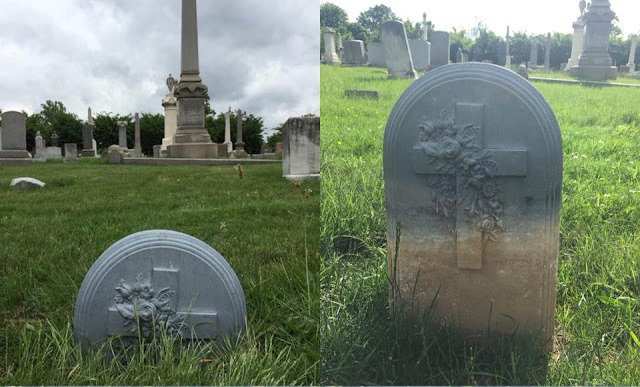 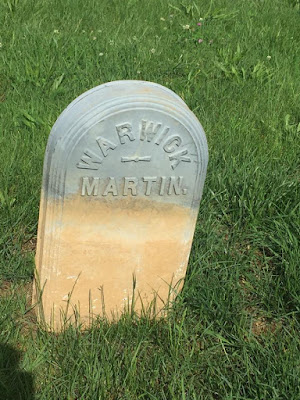 Posted by Goth Gardener at 4:32 PM 2 comments: Links to this post