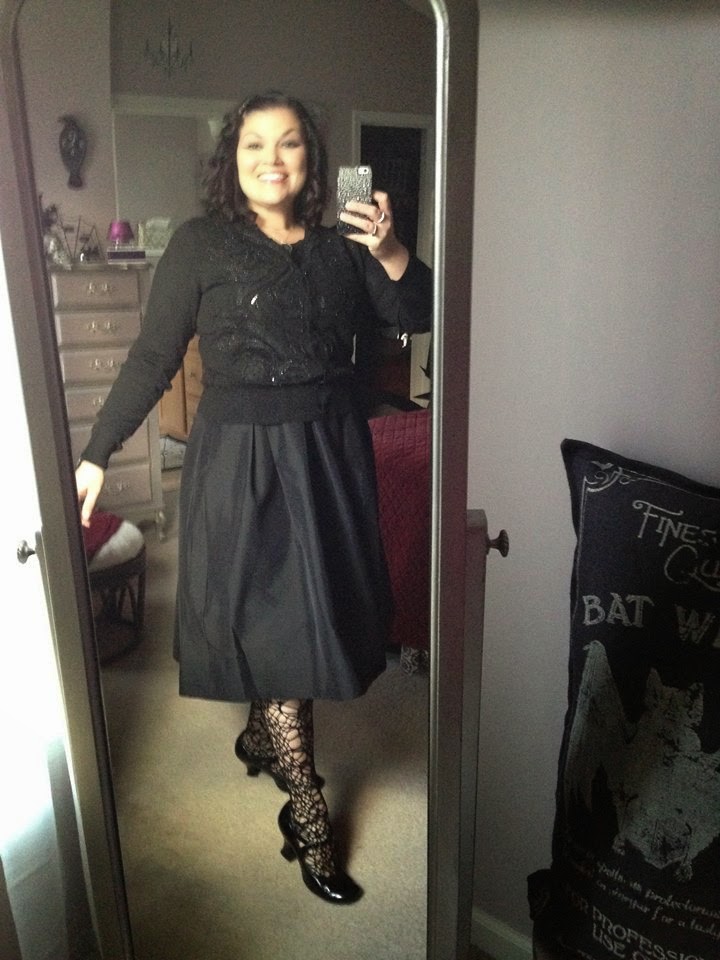 Tonight was the Staff Holiday Party for my little tour guiding gig. The tours are actually just a small part of the museum’s work.

The party was held at the director’s home which aside from the amazing artwork was quite modest. Of course, his house is located in Richmond’s oldest standing neighborhood, Church Hill. He had an amazing view from his bedroom which is the third floor in his 1809 home that just happens to be right across the street (well diagonal) from St. John's Church (c. 1741). You might know this as the location of Patrick Henry’s infamous “Give me liberty or give me death” speech which ignited the American Revolution.Yeah, just a little part of history in the history museum director's front yard.

I arrived in Church Hill only to remember *Oh My Word! Where are my manners! I need a host gift* Luckily  the Proper Pie Company is located right around the corner. I had them box an assortment of treats (including a coconut chocolate square that looked super tasty) and off I went to the party.

I’ve always imagined that directors of museums are supposed to act a certain way. They should be charismatic while holding a certain air of sophistication. Tonight I was greeted by a director who was taking a jello shooter and encouraging others to do so. He even ended the evening by eating a serving-spoon size of refried beans from the buffet (most likely to make us laugh). He also took out his own trash. Yet, he can lead one of Richmond's finest museums quite well while being so human. Well, what do ya know. No wonder everyone likes him so darn much… he’s FANTASTIC!

I took a picture of my Holiday Party outfit since I didn't think my fella would be home in time to see. Now I'm sharing it with you. This is my new *Christmas sweater* and skirt from White House White House | Black Market which is actually much more poofy in person. (It also has pockets!) The shoes are quite old Clarks because hey, I would be walking on some old bricks and standing so it was all about foot comfort.

And even though my earrings were the stunning antique clip-on set (which have been converted for pierced ears) that I wore for the wedding, the director commented how much he liked my spider web necklace.

Now I’m off to bed because it’s getting late.

Speaking of late… don’t forget that the deadline for the Goth Gardening Gift Giving Contest is THIS FRIDAY! Up for grabs…. THREE (That’s right… there will be THREE winners!) stuffed bats from The Occasional Bat! Spread the word about Bats or Supporting Small Business or having a Gothy Goth Christmas OR ALL THREE!
Posted by Goth Gardener at 12:17 AM

Email ThisBlogThis!Share to TwitterShare to FacebookShare to Pinterest
Labels: Christmasing