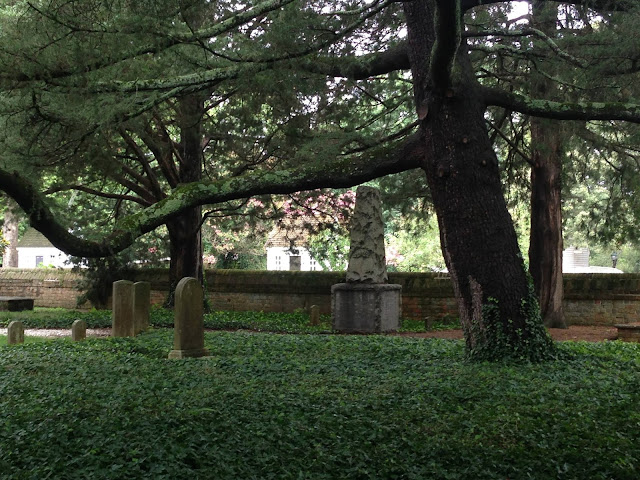 Clementina Rind (1740–1774) was the first female newspaper printer and publisher in Virginia. She lived in Williamsburg and upon her husband’s death in 1773, she continued to print The Virginia Gazette and also published Thomas Jefferson's tract A Summary View of the Rights of British America.

Not much is known about Clementina Rind’s life. She was born sometime around 1740 and married William Rind in the mid-1760s. On May 16, 1766, the first issue of William Rind's The Virginia Gazette was printed with the motto, "Open to ALL PARTIES, but Influenced by NONE." Their lives and publication were successful.

After her husband passed away in August 1773, Clementina Rind edited and published the newspaper until her death.

The paper included local news as well as international news, and it included correspondence from female readers, which gave the paper a strong female perspective. The paper thrived under her leadership and The House of Burgesses appointed her public printer and continued to support her with business.

She became ill in the summer of 1774 and died in September.  It is believed that she is most likely buried beside her husband in Bruton Parish Churchyard.


The churchyard is not very large. No one is quite certain how many graves are here or even the date of the oldest burial since many of the markers no longer remain. There are some beautifully detailed markers but because of the number of tourists who visit the area, ropes keep the curious at a distance from many of the more intriguing grave markers.

The churchyard includes the burial plots of “the Custis children”, the children of Martha Custis who later married George Washington; and it also includes Letitia Semple, the daughter of 10th US President John Tyler. A self-guided tour is available. Because there isn’t a grave to share for Clementina Rind’s, I wanted to share one of my favorite graves in the churchyard. 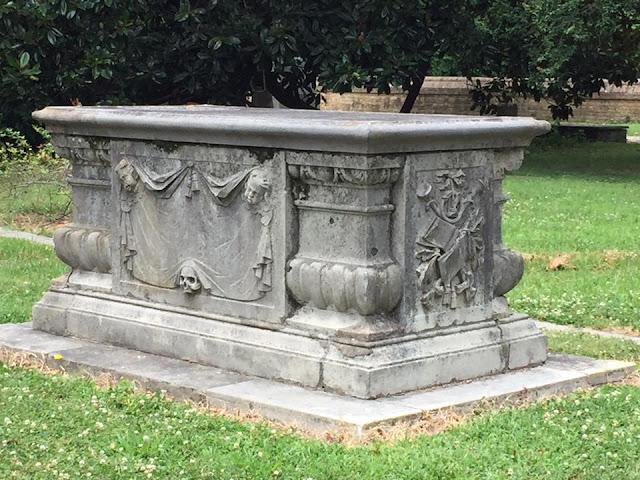 The grave of Edward Nott (1657-1706), who was a British Colonial Governor of Virginia appointed by Queen Anne in April 1705.This marble box tomb has so much detail, even from a distance. Pictured on the south facing portion of the tomb is the curtain of life being lowered. I have no idea what is depicting on the north facing grave. One day I'll have to bring a step ladder and some binoculars to see if I can get a glimpse.