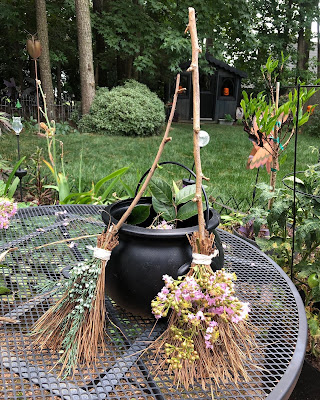 A few weeks ago, my father turned 83. Since the pandemic, he’s called me almost every night to check in. It first started when my mother became sick. But Dad and I get along well and always have a great deal to discuss so we’ve kept calling each other. 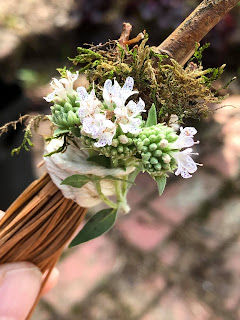 He’s of the Silent Generation, between the Greatest Generation and preceding the Baby Boomers and like Generation X, it seems they’re often left out of the discussion. As children of the Great Depression, my dad grew up with the mentality of “use of up, wear it out, make do” and that was something that I heard as far back as I can remember. It’s still a mentality that I try to live by and I admit that I have a hard time throwing out anything that is still sort of working. If we’re friends on social media, I admitted this morning that both my iPhone is a bit too old and hangs frequently, and my laptop doesn’t have a working camera, or sound, and also 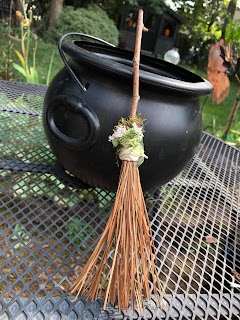 the graphics driver is corrupted so part of the screen becomes black at various times. It isn't so bad. I just click on another tab and that usually fixes the issue temporarily. Neither of my parents had much money growing up but my dad’s father also died when my dad was just a boy. My grandfather was a coal miner and he died from black lung. Even today I have a hard time letting go of things that still sort of function even it they don’t function at their highest level. I know I’ve done this with people too but that’s a topic more for therapy. 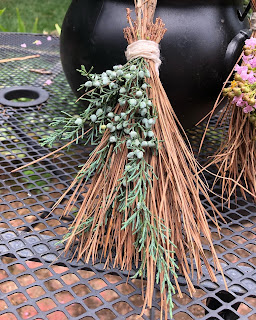 With what seems like an endless supply of pine needles in our yard, I have wanted to make something with them. This week, I started making tiny broom art. The first one that I made is the smallest and I used the mountain mint along with the pine needles. It smells quite nice. 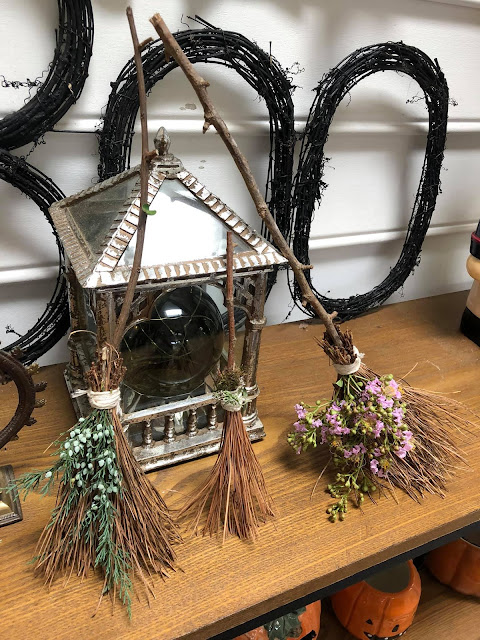 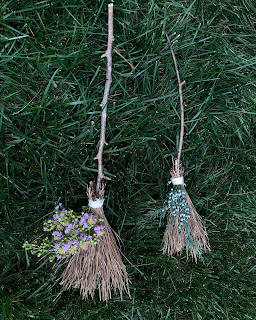 Today, I made one small broom with crape myrtle blooms that smells so sweet. We’ll see how well they fade and dry. The other includes Juniperus virginiana or Eastern Red Cedar. The mountain mint blooms were being enjoyed by a bunch of bumble bees so I didn’t want to disturb them. I think that I read that the *berries* of the Eastern Red Cedar are poisonous but probably only if they’re eaten and I don’t recommend that anyone eat these small brooms.

I think they have a nice forest witch aesthetic and could certainly be nice to have on an altar.

Posted by Goth Gardener at 4:48 PM

Email ThisBlogThis!Share to TwitterShare to FacebookShare to Pinterest
Labels: DIY