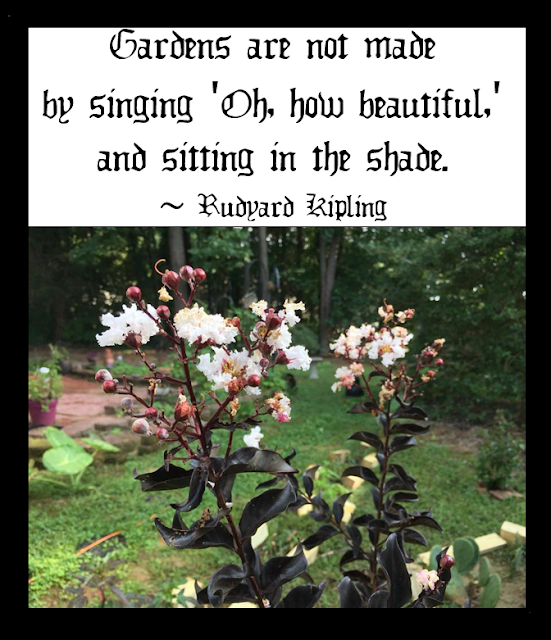 We have been in our new home for about two months. As soon as the house was mostly put together, I took to the yard. It has been quite an adventure. We assumed based on the condition that our house had been rental property for about a decade. The yard appeared to have once been loved and then left on its on for a good 8-10 years. We have over a foot of old fallen pine needles, which the English ivy and poison ivy vines decided would make a great home. I was able to clear about three feet of extra pavement for our driveway that had been covered but after a month of fighting the poison ivy, I called for help. I do not have the strength nor the time to keep fighting this battle.

The garden patio in the backyard included weeds, morning glories, and Jack-in-the-Pulpit plants. The morning glories smothered everything until I added trellises. 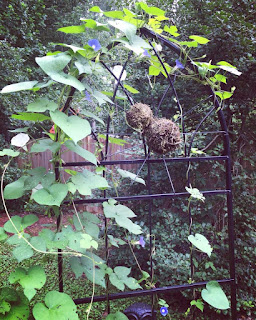 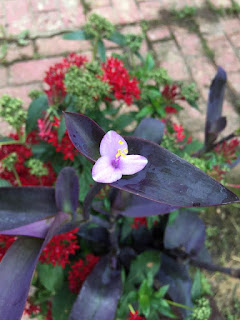 We have 0.35 acres of land, a third of which includes a copse of trees behind our home: tall pines, an oak, two sweet gum trees, crape myrtles and shrubs as large as trees including red tip photinia and Rose of Sharon. To that, I have already added two baby crape myrtles including a red dynamite and an ebony and ivory.

Later this week, we have hired landscapers to not only clean out the poison ivy and English ivy that has overtaken the backyard copse but they are adding another crape myrtle in the front yard (we’re tucking ourselves in and blocking the views of neighbors!) and a red bud tree on the corner. We purchased boulders and rocks (my fella’s request) and after hauling twenty bags of black mulch (my car can only accommodate eight bags at a time), the landscapers are bringing and adding the mulch to the front yard. Until then, here are the views of my work-in-progress garden. 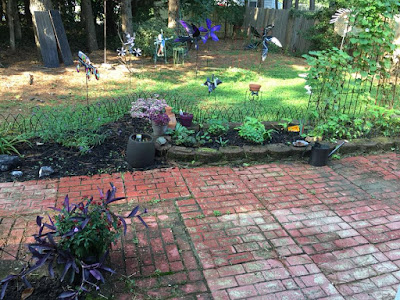 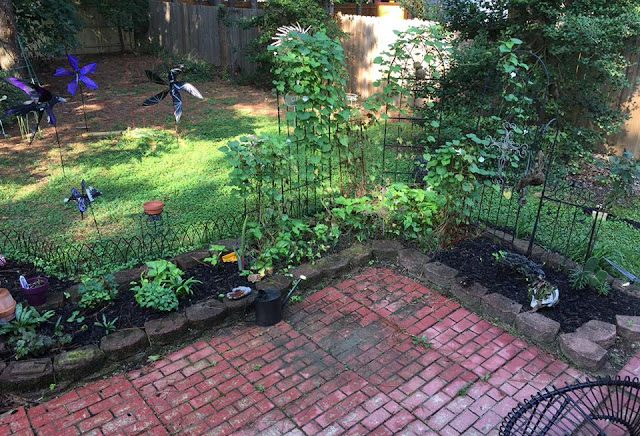